Your cart is empty.

Visit Shop
Product is not available in this quantity.

The Swiss platform for the sustainable transformation of your eating habits.
TAKINOA – Food for Joy.

Julien Kolly is a pioneer in the art of promoting graffiti. He also puts colours in his way of eating, which he transformed at the age of 40.
Interview with
Julien Kolly
written by
Sophie Lebel
March 9, 2022 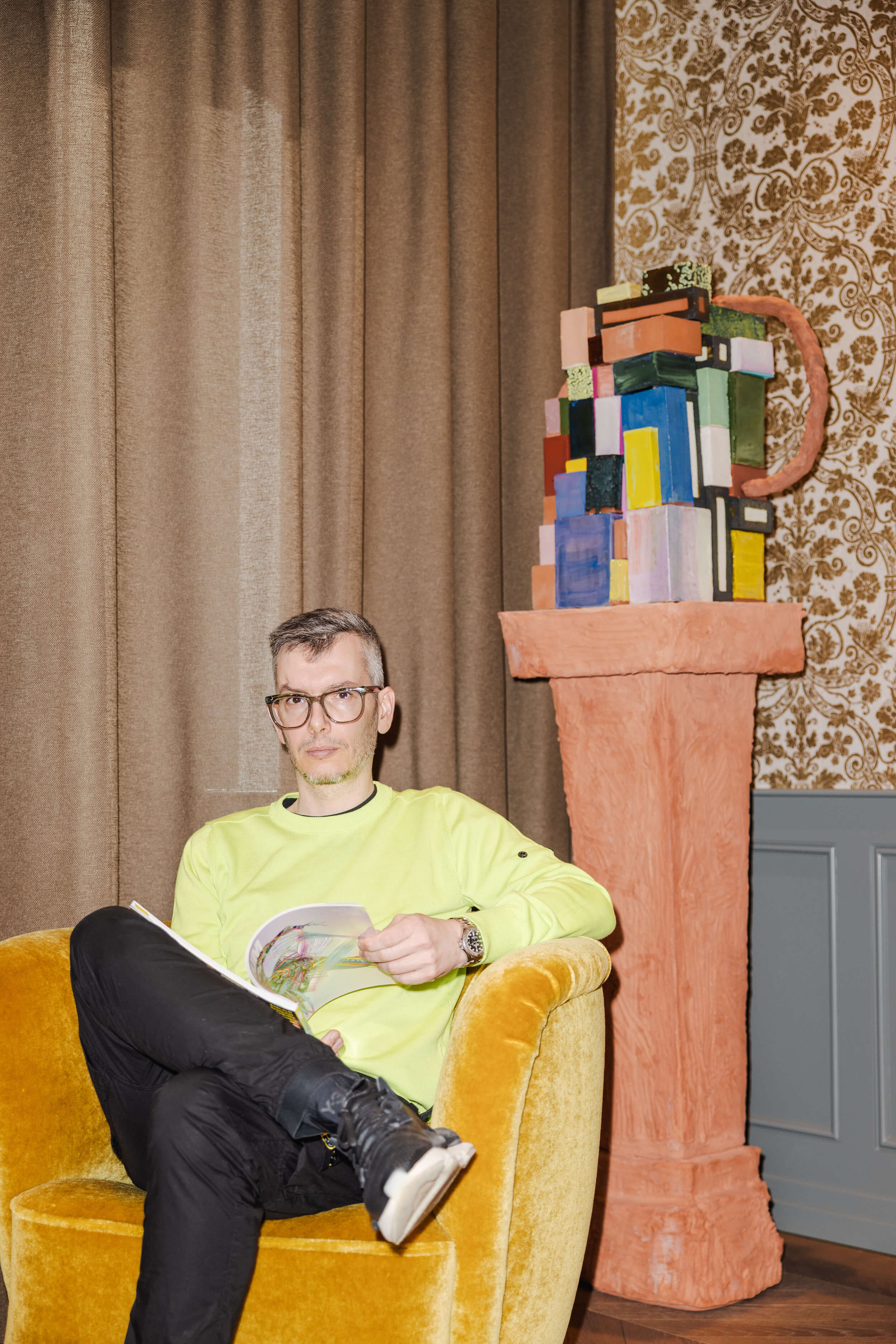 ©niels ackermann
Now Reading:
"The efforts involved in my diet are small compared to the benefits"

1. You divide your life between your galleries in Zurich and Geneva and your communication agency in Fribourg. What is your trick to keeping yourself in shape every day?

To have an impeccable lifestyle (laughs)! I anticipate the structure of my days and maintain many routines: I get up at a fixed time, I always start my professional days in the same way, I perform the same ritual to get dressed and eat in particular.

By having a schedule a week or so in advance, I can organise myself operationally and optimise my time. I know what I have to do and how and where I will do it. This way, I can leave a little room for improvisation. I also make a lot of sacrifices; I start working at 7 am and finish between 9 and 10 pm. I also accept that I don't have a family life, that I don't spend my evenings going out, seeing friends, or watching movies but rather spend them focusing on my tasks. Fortunately, my hobbies have become my businesses, so I can't really complain.

2. How was Kolly Gallery born?

As a series of opportunities even though it was always kind of there in me. I was 12 years old when I saw the first graffiti appear on a wall in Fribourg. I first tried to do graffiti myself without being very good at it. Then, I started to help others exhibit or get authorisations, which helped me clarify my ideas and led me to organise a first exhibition and then several others. I don't often say no to projects, which has opened doors for me to meet artists. It's because I suck at graffiti that I now have galleries!

3. Is it this curiosity that helped you to open the field of possibilities for food?

Ever since I was a kid, I've had different types of relatively healthy foods at my fingertips. My family didn't have much money, but our garden was huge, just like most of the people in my village in the countryside of Fribourg. I regularly went to help my parents or grandparents to harvest fruits and vegetables. When I was 4 or 5 years old, I used to pull weeds and sneakily snack on some peas or raspberries. In the '80s, in my region at least, it was still very rural. There was no ready-made or processed food. We went to the dairy to get the milk and to the baker on a class visit! We lived in a factory house that was also a butcher shop; the pig we ate had been killed in front of our door a few months before. We would also go to the communal freezer to bring our harvest of peas, the beans previously blanched and portioned into small bags ready to be stored.

I remember that every summer, my parents welcomed a child from the Parisian suburbs. One little girl had a particular impact on me because she didn't know what peas were, and I remember how surprised I was.

Then, as an adult, while working in my agency and then in my first gallery, I had much less time to cook and therefore experienced the fast-food wave, with ready-made meals, unfortunately, becoming the norm rather than the exception.

Until I was 20 years old, I was extremely athletic and did 1 to 2 hours of sport a day. In 2010, I fell into a sedentary lifestyle that caused me to gain over 20 kilos.

4. What were the consequences of this diet?

Although I had to take radical actions such as stop drinking sugary drinks, which made me lose weight, I had more and more health problems such as joint pain and issues with my spine. My arthritic knee required seven rounds of surgery. I also had issues with digestion, bowel movements, and regular headaches. I noticed a whole series of issues I was not aware of earlier. I felt less and less efficient. I went for tests after my 40th birthday, and the results were catastrophic. I was diagnosed with spondyloarthritis, rheumatoid arthritis, and chronic inflammation.

As a remedy, they prescribed opiates for the pain and a stomach medication as it would be affected by the opiates, and then a liver medication as the stomach medication was damaging the liver. And I said NO. I followed my ex-wife, who was in the middle of trying to eat better because she had Crohn's disease. I tried a vegan diet and was extremely strict for the first six months. The benefit of this diet change was drastic, although very intense at first. I radically changed my habits; I eliminated meat, gluten, and alcohol, which I had already scoffed from the menu. When I went back for medical tests some time later, the doctors thought they were wrong in the first tests.

My weight is almost the same as it was more than twenty years ago, without any effort! I eat a lot of nuts and almonds, and I eat good portions. Some days I allow myself a slab of chocolate and occasionally fish because I love Japanese food! Once a year, on my birthday, I eat a raclette from the fire, which makes me happy!

Thanks to my deep and regular sleep, I have much more energy to do all my tasks. The effort involved in my diet is minimal compared to the benefits it brings me.

5. Do you have any favourite recipes?

Every morning I enjoy a soy yoghurt with unprocessed puffed rice, naturally sweetened with a banana, an apple, a kiwi, and a little peanut butter (smile).

I enjoy gluten-free pasta with pesto or tomato sauce with vegetables and salads for other meals. In case of extreme emergency, I can make myself another breakfast (laughs)!

6. Do you think art can play a role in a healthier world?

Some of the vegetarian chefs I've worked with have the talent to reinvent dishes and bring colour to our meals. They upgrade a more traditional cuisine.

I also think that bringing colour into one's daily life with paintings that one appreciates at home and that transmit positive values can constitute a real added value. The choice of clothes can also have a positive influence on us. There was a time when I dressed a lot in black, but now I like to wear colours that allow me to escape. Same with my turquoise car and my different coloured glasses!

7. Do you face any misunderstanding, especially in your choice of diet?

I have always felt very different. I still don't feel like I belong. With time, I learned to like my difference and to assume my choices without claiming them but to be proud of them. When you are the only one in your village or school interested in graffiti and the only one who dresses in pink, you are confronted with criticism and misunderstanding. As recently as a month ago, I went to a pitch at an investment fund wearing a Pink jacket, and people told me afterwards that I shocked everyone. It amazes me that these institutions seek to invest in companies with people who think differently but still assume that the people they hire should look like them. I've often felt misunderstood when I've defended a particular type of art, and it's a bit the same feeling with my food choices. I had already experienced this with alcohol, which I already did not consume. Once, in a good restaurant, the waitress brought me a hot tea, thinking I was feeling poorly because I did not drink alcohol! This shows the state of mind. The same thing at the restaurant, if it's a woman, they usually leave the dish I ordered with my tablemate. People think that I'm depriving myself, so I get sympathetic looks. To avoid this, I now justify my choices of dishes and my vegan and gluten-free diet for medical reasons. This makes it easier for restaurants to prepare whatever they want for me.

8. If you had the magic power to make the majority more open-minded, what would it be?

I don't know if I want to make things happen because everyone has the right to eat what they want. I don't want to be a pain in the ass in a restaurant that specialises in meat and impose my choices on others. I think it is more a question of awareness that food has consequences on health. It was observed with Covid-19, that the majority of patients that met problems with long Covid had them due to poor diet. They were overweight or maintained a taxing lifestyle. There is a reason we are asked about our weight when we apply for health insurance. I think that this is a public health problem and that it is high time healthy eating were promoted. People need to dare to eat differently and realise the benefits. When friends come to my house for dinner, they are almost surprised that it is so good and so varied! I am proud to tell them that all the Indian and Asian food in particular, corresponds with my eating habits. 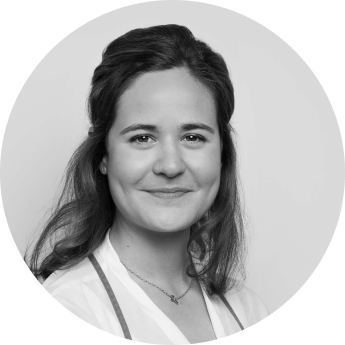 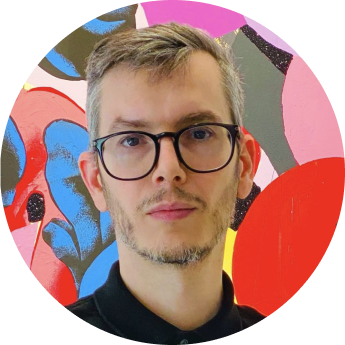 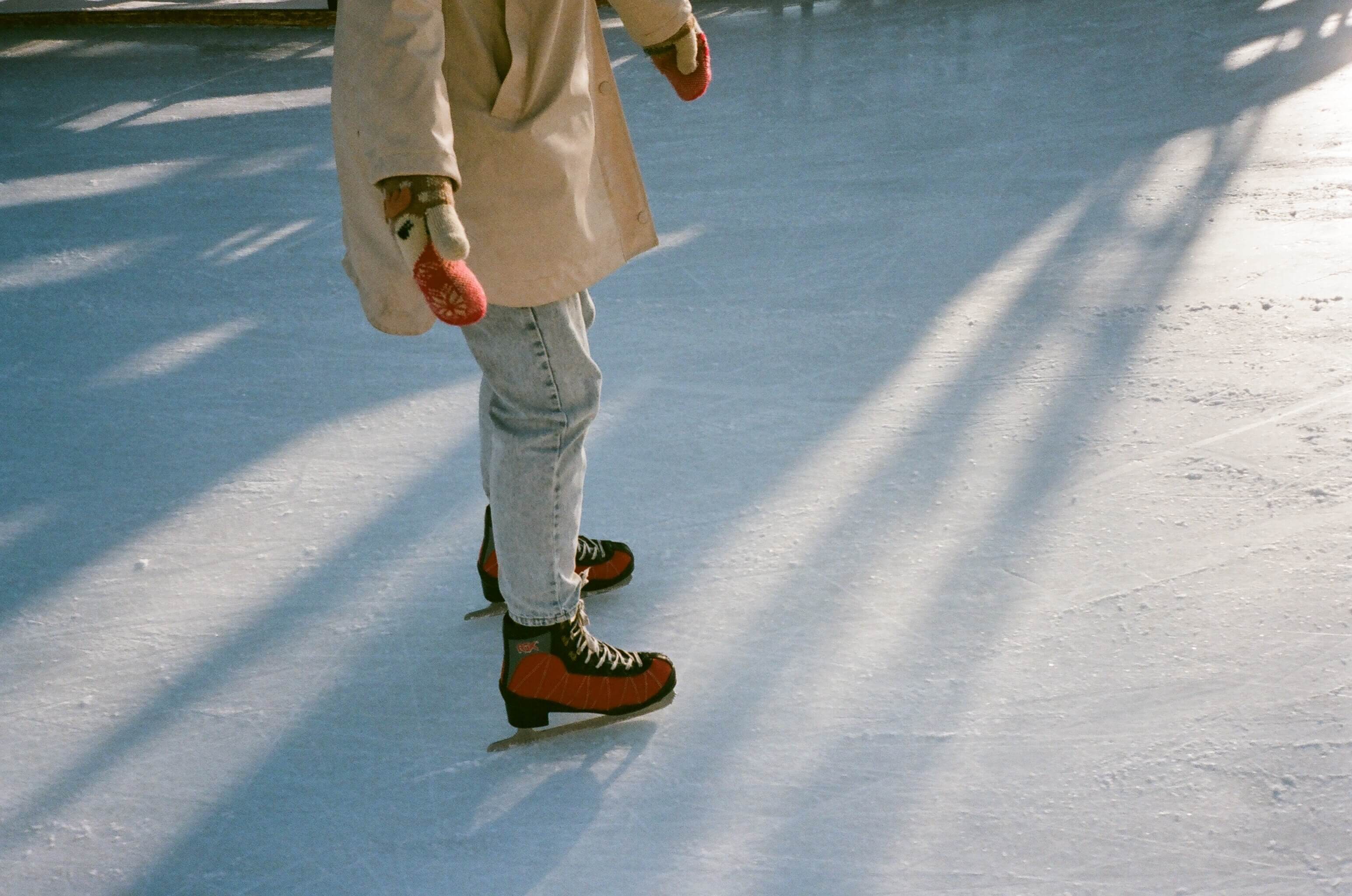 This week in our Healthier Eating Habits series we are talking about the importance of daily physical activity and sufficient water intake.
written by
Maria Christina Kanata 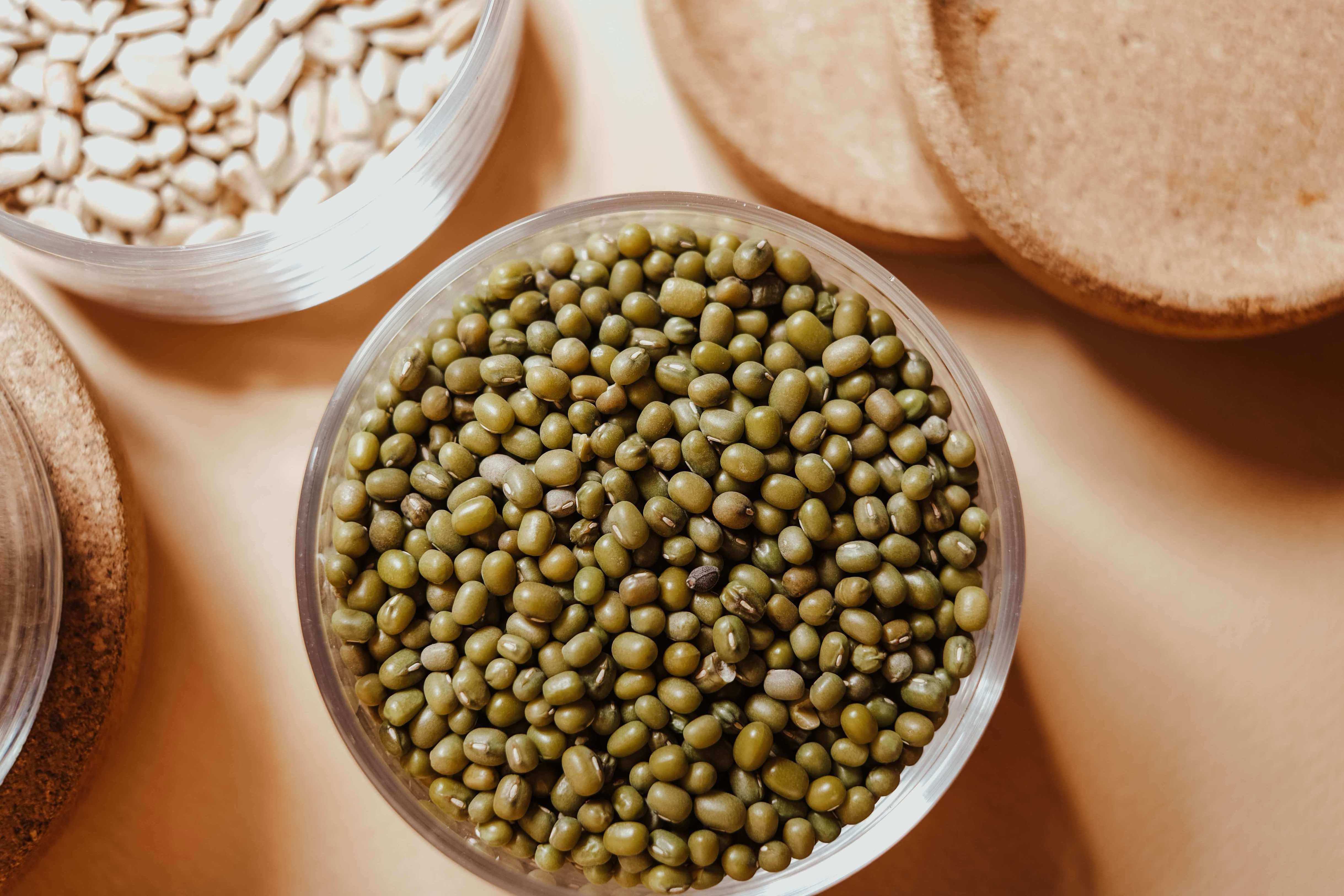 This week in our Healthier Eating Habits series we are talking about the benefits of legumes and how limiting salt and sugar consumption can improve our overall health.
written by
Maria Christina Kanata 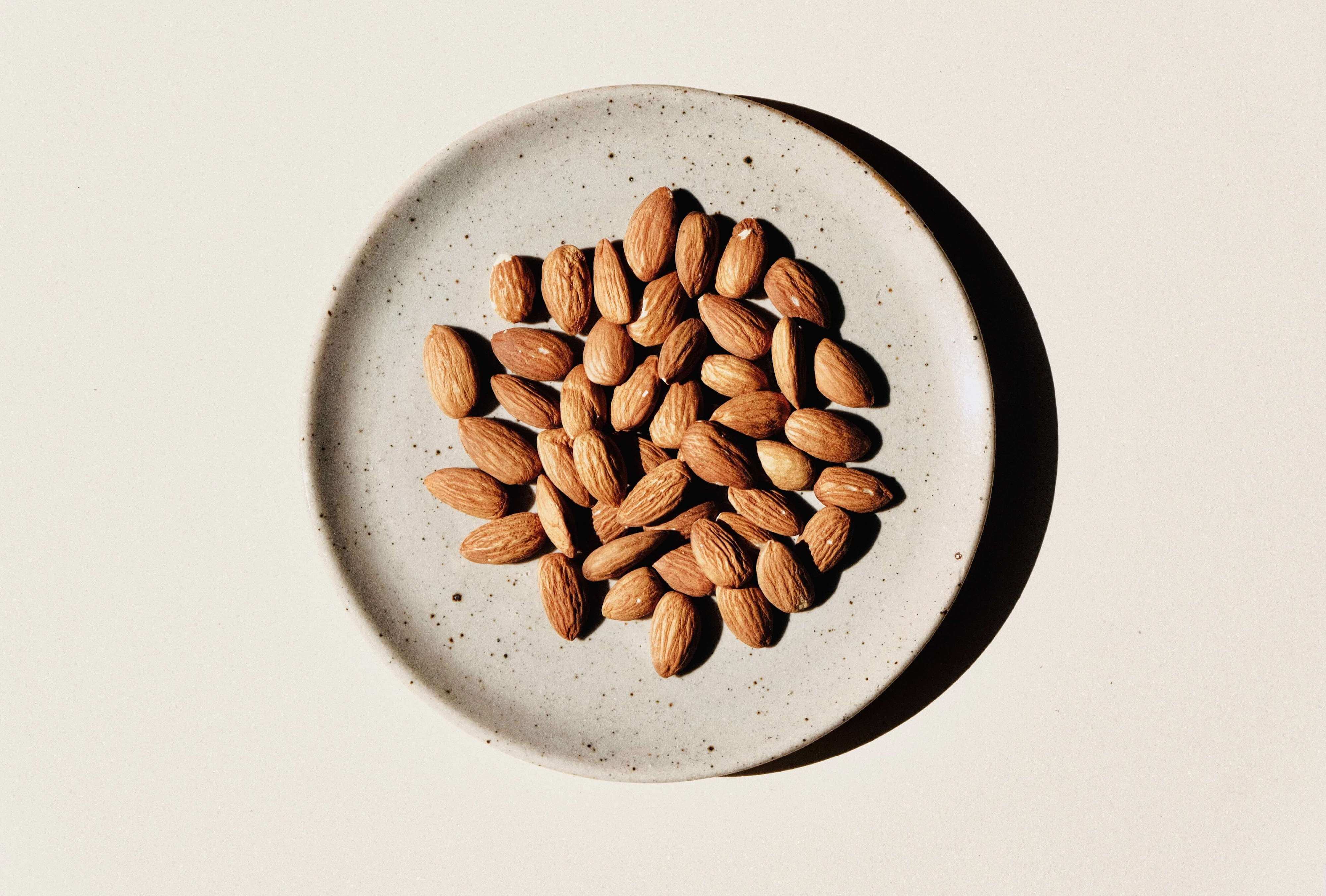 This week in our Healthier Eating Habits series we are talking about olive oil, nuts, seeds and seafood and how they can improve brain function and promote heart health.
written by
Maria Christina Kanata